The Love You Make 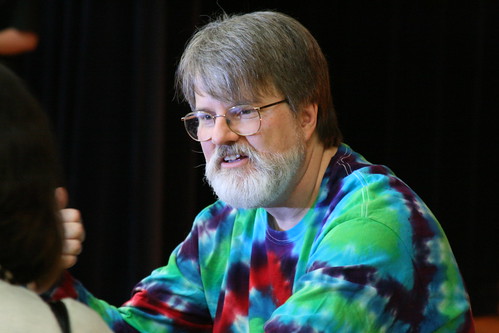 Have I ever told you how fortunate I am (we are) to have a colleague like Gardner Campbell here at Mary Washington? There are many examples of sparks that have fired from my head after listening to a Gardner talk, or speech, or riff, or even watching him in a jam session. However, the one I witnessed tonight will be, I think, THE most memorable. People attending the Great Lives Lecture Series sponsored by the Department of History and American Studies witnessed a happening on April 8, 2008. At least I did. You would never expect Gardner to give an ordinary talk at a Great Lives event, as his lecture on Elvis in 2005 indicates. This was a unique example of “I went to a lecture and a concert broke out!”

He came with his “A” game tonight, as the “Gardner Campbell Dancers” (my name for them) started things off with a short Beatles Medley. Bill Crawley then introduced Gardner with the pride that we all feel in having him on this campus. Gardner, of course, took the stage and immediately showed us his self-effacing humor. He then began his talk. No, that’s such a meek word. He began his sermon, and I mean that in the most agnostic, and yet old tyme gospel hour way. He mocked the Apocalypse by imagining how the world would end, “Beatles Style.” Would it be “Here Comes the Sun”? The brief horn part before the chorus in “Penny Lane”? How about the ending piano chord from “A Day In the Life”? Or, just “THE chord” from the opening of “A Hard Days Night”? Where did that chord come from anyway?

From then on it was a history of the Beatles driven by pure energy. The years 1962- 1970 passed by at a frenetic pace. I think Gardner took a breath in there somewhere. When it was all over, and it was over waaaayyy too soon, he took questions. He answered them like an excited kid who had all this information bottled up inside. It was apparent that each answer could go on as long as the original talk, but he exercised great restraint. I had no doubt going in that I would learn something new. The birth of the “drop T” Beatles logo was my little nugget. The audience that was in attendance seemed to be quite knowledgeable as well, but they were there as much to re-affirm their vows to this great band, more than 40 years on. After the final question was asked, “Are the Beatles still relevant?”, Gardner and crew gave us our answer. Gardner’s trippy, psychedelic shirt was donned for a rendition of “Hey Jude”, and soon the auditorium was filled to the gold UMW crest on the ceiling with choruses of “Na, na na na na na na, na na na na, Hey Jude!” Still relevant? I would say amen, and Amen! 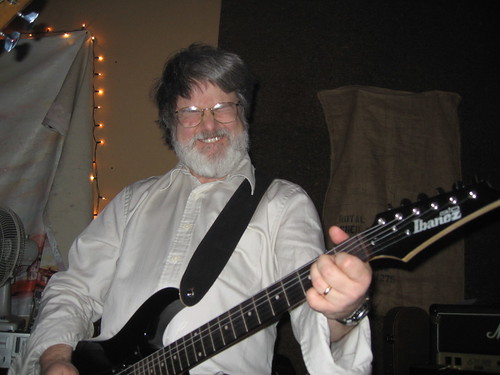 UPDATE: The video of Gardo’s talk is finally up! The “Hey Jude” song is cut off because of what I believe would be a “sync licensing” issue.