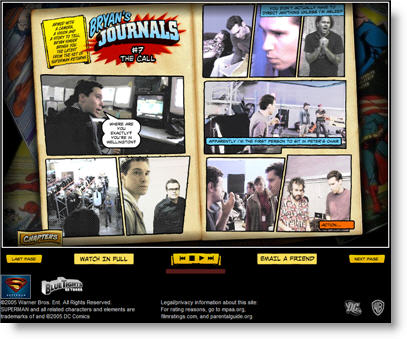 I’m always on the lookout for a good new video blog. So I was stunned when I discovered this gem put together by the team (Bryan Singer et al) doing the movie Superman Returns. Flash video in a compelling comic book format. The best entry (so far) is one that has Singer doing a guest directing stint for a sleepy Peter Jackson (directing King Kong). Great stuff! As they say, hat tip to Tim Lauer for this one.

Made with ❤ with Elementor​