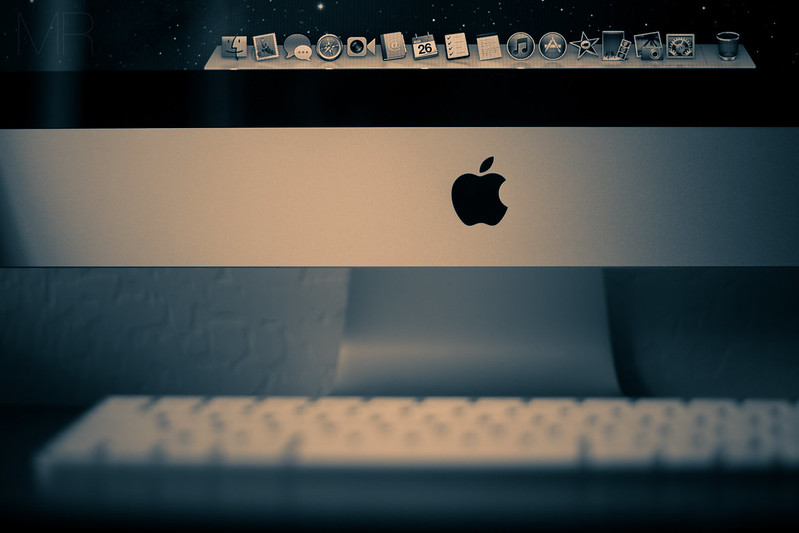 While we’re not quite ready for our Convergence Center yet, with the help of our head librarian and some funds from the state, we will soon establish a space in the Simpson Library to facilitate video editing. We are going to go with iMacs for the simple reason that PC video editors are just dogs. And I’m happy to have the conversation with anybody about which is better, just as long as we start with the comparison of video editors that “come with” the Mac and the PC (iMovie vs. Movie Maker). I put “come with” in quotes because iMovie is now pre-installed on all Macs, and Movie Maker is a free download for PCs. I will also accept submissions for best paid video editor software on either platform, though I think Final Cut Pro X is the best, Adobe Premiere CS6 is a close 2nd (and available on both platforms), and back in the day Sony’s Vegas on the PC was cool. There. Let comments fly.

Before I tell you what I’m spec’ing out, I will say that we will have both Final Cut Pro X and Adobe Premiere (as well as the rest of Production Suite) on these iMacs. So here goes. I have a budget, but I don’t know that exact figure as I’m writing this. I had to approximate the cost of each iMac months ago, knowing there was a good  chance a new version would be introduced. Therefore my approach is getting what I think to be the minimum features and then adding or subtracting as needed. More importantly I’ll give you my reasons (and a few beefs).

I’m going with the 2.9GHz Quad-core Intel Core i5 version of the iMac including 16GB of memory and the 1TB Fusion drive. Also the wired Apple mouse and the wired keyboard with numeric keypad. Wired peripherals are much more reliable when editing, and the numeric keypad adds keyboard shortcuts that editors need. Now the other iMac option for the 21.5″ size screen is a 2.7GHz model, but that doesn’t offer the Fusion drive. What is a Fusion drive you may ask? It is essentially a “hybrid drive” made up of a solid-state drive (the iMac uses a 128GB drive) and a traditional platter based drive. It will all add up to 1 TB of space. Solid-state drives are very similar to USB flash drives but much faster and in a hard-drive form factor. The platter drives are what we’ve been using for over 20 years, only the speeds and capacities have changed. I remember purchasing hard drives measured in megabytes (MB). The “hybrid” is software that controls how and where the data on the two drives is saved. Files or programs that are accessed more often will be available on the flash drive, where less frequently accessed files will reside on the platter drive. Software will monitor this and operate in an optimized way (in theory).

As far as memory goes, it’s a choice of 8 or 16GB. I’m going with 16GB because programs like video editors like memory, usually the more the better. An extra $200 is a bit over priced, but it is virtually impossible to add memory later. A beef that many people have raised already. For most (non-video editing) people, 8GB would be fine for several years into the future and only people who know what the benefits of more memory will even consider 16GB. I don’t have the same beef about the memory issue. Don’t get me wrong. iMacs aren’t cheap and paying $1300 or more, some people expect more access to the components for upgrading. Well to them I say those days have sailed. We buy computers as appliances. PCs are still more accessible in terms of upgrades and tweaking. Macs are sealed up from the factory, except for the Mac Pro, and the Mac Mini to some extent. If you want to hack your Mac, you need to build it from scratch – Hackintoshes anyone?

What does make me a bit nervous (and Apple Care will have to be added for insurance) is the hard drive going bad, as our current 27″ iMac suffered exactly that fate. Taking it apart (by an Apple tech who came to campus) was not for the faint of heart. He came with a toolkit that included suction cups – I kid you not – to take off the glass screen to get to the hard drive. In some ways the new iMac may be easier to get to the hard drive because it is the uppermost component underneath the screen. However, the screen needs to be pried open with what looks like a guitar pick and then presumably needs to be resealed with adhesive. *shudder*

The other thing that makes me nervous is simply, I hope the Fusion technology works. I’m a big believer in solid-state hard drives. You can’t just order a solid-state drive in the 21.5″ iMacs, however. It’s either a traditional drive or the Fusion. The 27″ iMac does have the solid-state option (as well as user accessible memory), but it’s a $1300 upgrade (for a 768GB drive)! An option for a 256GB drive on all of the iMacs would be my preference. Often a company called Other World Computing (OWC) offers various upgrades on Macs. They may have some choices in the future.

That’s around $2000 before software. I may have to give up the Fusion drive and more memory if we’re over budget. Regardless, I still think this gives students a better creative experience for editing video (and if need be audio). And hey, we can always create a Windows partition if we need to…nahhh.

We’ll update as this story unfolds…