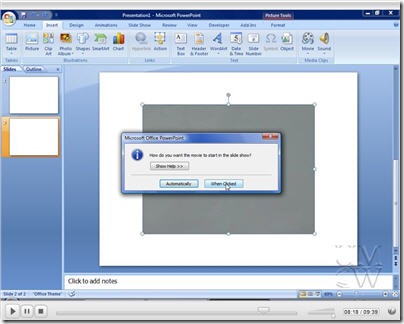 As I promised in my screencast on Embedding (live) YouTube Videos In PowerPoint, here is a video demonstrating how to download a video from YouTube, convert it, and insert it into a PowerPoint slide. I’ll be using my old friend Riva FLV Encoder to convert the downloaded FLV into an MPEG1 video file. This is a format that is compatible with the insert video function in PowerPoint. You cannot directly embed an FLV file in PowerPoint (maybe someday?), at least not easily.

It’s a little less than 10 minutes, and the main video is about an 8MB download. So without further delay, here is the screencast entitled Embed YouTube Video in PowerPoint Offline .