Where my life took a turn 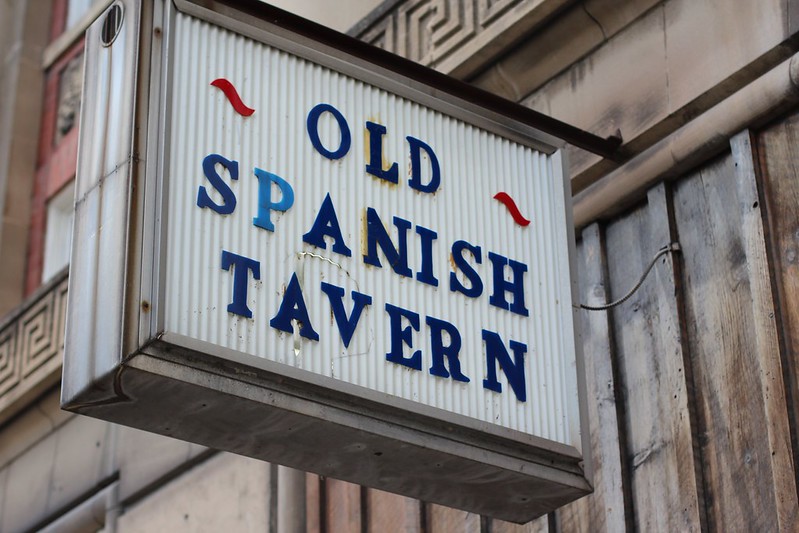 You don’t always think of visiting your family as a vacation, but I recently visited my brother and sister in Syracuse, which most of you know is the town I grew up in. My sister had a retirement party and we were escaping the first round of heat in the 2012 Virginia summer and experiencing somewhat cooler temperatures. We then celebrated my brother’s and nephew’s birthdays (they were both born on July 4th) by, among other things, playing some miniature golf. It was at a “course” that I remember fondly as a child in a place called Fairmount, NY.

So much of my memories and my life experiences took place in Central New York. So I enjoyed a “vacation” by visiting some places from my memories. Maybe not quite so enjoyable for my wife since they’re not her memories, but she did enjoy, and competed quite hard in, that round of mini-golf. However, you’ll soon see where she fits into this story.

After the visit with our family, we decided to drive to a place farther downstate. Oneonta, NY. It was where I moved to after working in Cortland, NY for a few years. In Cortland I was an alum who went back and worked at the State College there. While working at SUNY Cortland, I met a guy named Jim Greenberg. I don’t know what his title was then, probably Director of Academic Computing or something similar. He visited our campus and did a presentation of this new thing called the Internet and World Wide Web. I remember it vividly because he set my mind on fire with its possibilities. Little did I know at the time, I would be working with him at SUNY Oneonta.

So after working briefly for a private company in Cortland, I found I missed working at a higher education institution. I was excited to find an opportunity at Oneonta working with . . . Jim Greenberg. It was a chance to work with and develop resources for this World Wide Web thing that was quickly growing in popularity. I got to be a little like Jim and get people to imagine the possibilities of instantly accessing great gobs of information, instantly. It’s at Oneonta that I first started working with digital video, and ultimately, web video. It was the first job where I was encouraged to PLAY. All I had to do was regularly tell people what I was playing with. One of the things I was playing with was this “language” called HTML and showing people how to create web pages and explaining how people all over the world could see what you created. It was a great job. I had great colleagues and there was just one piece missing in my life.

That brings us to the picture at the top of this post. The Old Spanish Tavern. The Oh-Ess-Tee. 195 Main St. Oneonta. A non-descript bar that people do have great affection for. The fact that it’s still there after the almost 15 years that I had last been in it I guess says something. However, as you might guess, it has GREAT meaning for me. On October 17 it will be exactly 15 years ago when I quite literally bumped into my wife. It was also quite literally where my life changed. This girl that I met was up for an Alumni weekend, and I was out giving a send-off for another co-worker, leaving Oneonta for another job opportunity. A description that would be identical to my life 10 months later.

Teaching jobs were hard to come by in New York State, and even harder to come by on Long Island where my wife was from. Technology support jobs in higher education were more plentiful. New York was also – cold. So after my wife was recruited by a Virginia school district (Stafford County), it was up to me to find a place near her to work. The job I found was at Mary Washington College, almost literally a George Washington coin toss from Ferry Farm elementary school, where my wife got her job. The description was perfect – support faculty’s technology needs in a new science building on campus. My education background was in early secondary science. I also got “one of those feelings” when I first walked on the beautiful campus. I generally don’t believe in that stuff.

I will have been married for 13 years as of July 30, 2012, and worked at MWC/UMW for 14 years as of August 10, 2012. The Old Spanish Tavern is where I can point to where my life changed, and it was less of a fork, and more of a new path. One that has led me to have my own family with a son I am proud of every day, and colleagues that I am truly fond of. The OST is a geographic location that I will always look at with great fondness and the most pleasant of memories.

As an epilogue to this story, I got a chance to meet up with Jim Greenberg on the Oneonta campus and we had a great time recalling, and reminiscing, and generally catching up. He’s one of those colleagues who shares a vision for higher education that is in line with my own, and continues to fight to make it better. Here’s to you as well, Jim.