I Love This Time of Year – Part II 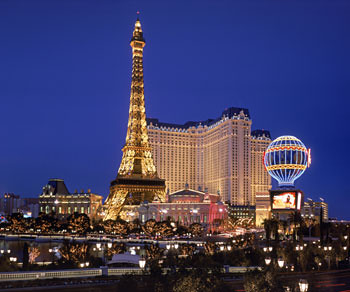 So CES is in full swing and there is varying opinion when the question “did you see anything cool at CES” gets asked. Some of the gadget blogs that I mentioned in the last post make it sound like everything is cool. So here is my take on what I’ve read about so far. By this time most product announcements have probably been made, but I’ll sure update this if there is a breaking news story. I can see why media people covering CES feel exhausted because there is so much information to boil down into a summary. I’m going to first state what I see are the trends, and then highlight some products that are of interest to me personally.

It seems like there are 3 basic hot categories. 3D Televisions, Tablet/”Slate” Computers, and Media Set-Top Boxes. None of these categories are radically new. They are evolutionary changes of existing technology. Of the three, 3D TV seems to be receiving the most emphasis, and to me is the most enigmatic. This technology was essentially introduced at last year’s CES, and to me nothing has changed this year to indicate that it will be anything but fraught with problems. Thought you saw the last of the format wars ala HD-DVD vs. Blu-ray? Wait until you get into the 3D glasses format war. Don’t get me wrong. I saw a few 3D movies at the theater this year (Coraline, Monsters vs. Aliens, Up, and a shark movie at an Imax theater). All of them were great experiences, and really did add something. However, there is still the problem with those stupid glasses, starting with, they look stupid! They are better than they were, but what happens if you already wear glasses, or you get sick or have headaches watching the movies? What happens if you don’t have enough glasses for all of your guests over to watch your movie? While the technology is cool, it’s also gimmicky and a niche that seems too narrow to succeed with where the technology is now. One day we will have TVs with enough resolution built-in that 3D without glasses will look fantastic, but I honestly don’t know why it’s being emphasized so much this year. You will be able to buy some really cool glasses though. This story sums up the 3D problem.

Next up are the computer tablets or slates. It seems that the term slate is being used more because Apple is rumored to be announcing the iSlate later this month. It’s amazing to me that companies are announcing their “iSlate killer” when Apple hasn’t even announced theirs yet. Now that is one intimidating company, that Apple. We’ll see if any of them revolutionize the computer industry. I think the tablet/slate is compelling based on the Apple iTunes ecosystem. Imagine a device that can be a media device that plays music, complete with the iTunes LP feature (with bonus extras like videos and liner notes), and also movies that look great on a 10″ glossy screen. Add Wifi/3G, an E-book reader, the applications from the App Store and you’ve got something there. We’ll see what the price is. Lenovo seems to be somewhat scooping Apple with their device, the Lenovo IdeaPad, which is a hybrid. It is a tablet/slate that docks inside a laptop.

Last but not least is the Media Set-Top box. These are an interesting category because of the huge transition and convergence era that we are in. To briefly describe what they are, it helps to understand what they replace. I happen to have a computer (formerly a large desktop PC, now a Mac Mini) attached to my TV to allow me to play my media files through my home theater system. Most people however will not want to go to the trouble or expense to hook a computer up to their new HDTV. Enter the Media Set-Top box. For around $100-$200 you get a device that connects to the Internet and allows you to watch the likes of YouTube, NetFlix, and Hulu, see pictures from your Flickr account, and stream music from Pandora or your own music collection. You can even hook up an external hard drive filled with your own photos, music and movies. It is a device that at least begins to, and maybe completely eliminates the need for Cable or Satellite Set-Top boxes. Some people are already spending $100-200 a MONTH on Cable bills. The most successful device will be the one with the most flexibility and the best user interface. It needs to be customizable and able to add any new service that comes along. Two that stand out at CES are the Popbox and the Boxee box. Both do what I described above and both have their pros and cons. I prefer Boxee simply because it is also software that you can load on your computer (PC, Mac, and Linux). Boxee is likely to be a post in itself. We will continue to see combinations of these Internet services being built into TVs and Blu-ray players. 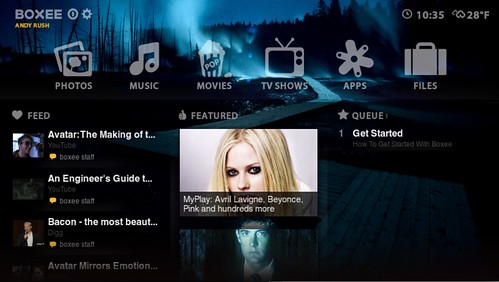 To round things out, here are a few products I saw that I’ve either been waiting for, or are just cool. First, and it doesn’t seem exciting at all, but it is something I’ve wished for and that is a USB key that is actually like a key. I have had other flash drives that have had a key ring, but they have always broke because they weren’t reinforced. The Lacie CooKey and Whizkey are key shaped USB drives starting in 4GB sizes and going up to 32GB.

Netbooks are popular at CES, but one of the complaints is the small keyboard. Well, Asus, which is the maker of the Eee PC netbook, decided that you could put a computer in a full size keyboard, then connect wirelessly to a video display. It’s called the EeeKeyboard PC.

Finally, coolest of all is a remote control helicopter that is (are you ready?) driven with an iPhone. The AR.Drone seems to be the most fun toy of all of CES. The video should say it all.