What is HD video? Even Mark Cuban gets it wrong 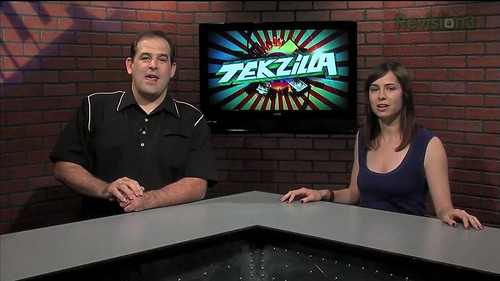 Mark Cuban has lots of ideas. His best one was back in the late ’90s when he decided to create a webcasting business that was ultimately sold for millions of dollars to Yahoo! Cuban may well have another great idea to save Internet video, but I’ll leave commenting on his ideas to a possible future post. Mark should know something about HD video. He is the Chairman of HDNet, a cable television network that broadcasts exclusively in high definition (HD).

HDNet is one of the few networks that has original HD programming, and by that I mean an independent network broadcasting exclusively in HD. HDNet’s Dan Rather Reports is an example of original HD programming. Depending on who your cable provider is, you may or may not have HDNet available to you. Without getting into the sordid details about why, you likely will have either HDNet or a network known as Mojo available with your cable or satellite provider, or with fiber-optic systems such as Verizon’s FiOS, or AT&T’s U-verse.

So Mark Cuban started a business and is one of the leaders of a company that produces HD video. It is with that knowledge that makes this statement so confusing:

100pct (sic) of the internet video that you see offered on the net as HD, is not HD. Plain and simple.

He then offers the following definition (of sorts):

What is HD video ? HD Vidoe (sic) is video you can watch on a screen of ANY size and say…”that looks good, almost as good as it can get “.

My purpose here is not to picks nits, but if that is his definition of HD video, then by who’s standard do we define “looks good” and “as good as it can get”? Look, there are lots of sites, services, and networks trying to distribute HD video on the Internet, or at least what they self-define as HD video. I should also point out that high definition video on the web is mostly a buzzword, and Cuban’s definition doesn’t help.

Here, let me define HD video. It is digital video that is represented by the minimum dimensions of 1280×720 pixels (720p). Now was that so hard? You can also take a look at the Wikipedia entry for high definition video for many more details. Having tendered those definitions, it should also be said that like all things digital, there is a quality factor that can affect how good HD video looks.  It is generally represented by what is known as bit rate. It is also something that most directly relates to the fudge factor that gets used on some supposed HD video sites. Again, the details start to get way too complicated in terms of what makes good (and bad) HD video, so let’s just stop before we hurt ourselves.

What makes Cuban so wrong is that there are good, and successful, attempts at providing HD video through the web. The screen grab at the top of this post is from one of these Internet TV networks called Revision3. The show is called Tekzilla, and by every measurement that I know of it is high definition. The basic specs of the video are, 1280×720 pixels (again 720p), h.264 video codec, AAC audio. It’s video quality that I’ve raved about before.

There’s a great way to check out more HD content by using software called Miro. It is similar to iTunes, but geared toward online video, and it provides good quality HD programming. If you check out their Miro Guide, you can check out some of the HD choices. I use it on my home theater PC which is connected to my Pioneer Plasma and it looks good, almost as good as it can get. Oh, sorry. That definition is taken. So what’s with Cuban’s 100% not HD statement? Is it because it’s not Blu-ray quality? Well, it will be a while before we are downloading 20GB files to watch on our HDTVs. Is it because it isn’t the same quality as HDNet? Well, no, Tekzilla probably doesn’t use XDCAM HD (cameras that still sell for over $20,000). However, it looks as good as a lot of the broadcast HD content out there, because it not further compressed by the cable or satellite company. All of this technology (do I have to say it?) is constantly improving. Codecs are being developed that will surpass what we have today that will deliver higher quality at equivalent bit rates. Cuban’s standard sounds like something that we may never achieve, and when it comes down to the basic definition of HD video, he’s wrong.