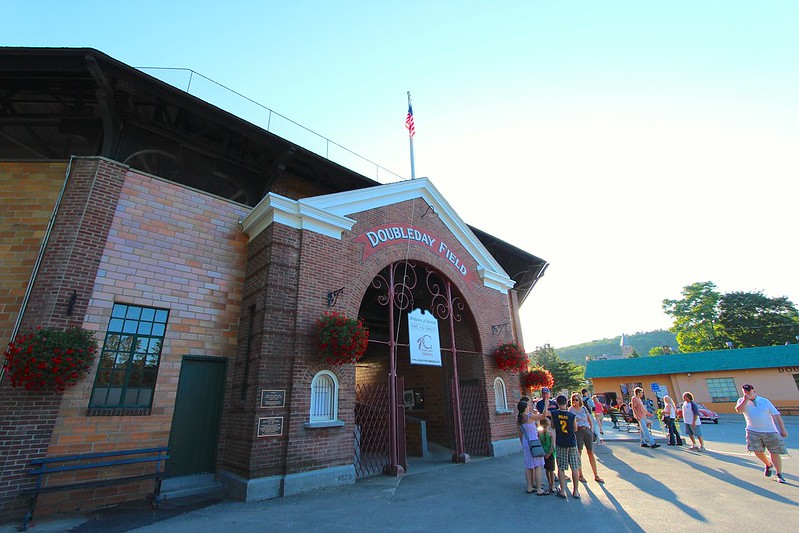 When I was a kid, I was crazy about baseball. From conception I was a Yankee fan (I’ll wait for the boos to die down…) – I grew up during the second longest drought of World Series titles for the Bronx bombers (60’s to late 70’s), but unlike other sports, I remained a true Yankee fan. It was reinforced growing up in Central New York State because Syracuse was the AAA farm club of the Yankees and every year there would be the traditional Yankees/Chiefs game. During one of those games I got to see one of my heroes of the day, Roy White. Southeast of Syracuse in a little town called Oneonta, there was the Single A ball club known as the Oneonta Yankees. Since the late ’60s players came up through the NY-Penn league team. The likes of Don Mattingly, Bernie Williams and Jorge Posada all played at one time in Oneonta. Even John Elway played some of his baseball career there.

As for baseball, it was what I dreamed of doing up until my high school days. I played little league all the way up until I was 14 when I moved back to the city of Syracuse. I was good enough to move forward with my dream, but the city summer baseball leagues were quite intimidating. Our family had moved in the middle of the summer so I didn’t get to play that first year. Someone suggested that in the fall I should keep in shape by doing cross-country running. I enjoyed that so much at the time that I never looked back.

I still loved baseball though. I had a longtime friend (another Yankee fan) who moved to Syracuse and he lived just down the street from me. There was a cemetery across the street that had an open space to play “home run derby” ( we also had permission from the cemetery caretaker). So running and then cycling took up my time, but some of my passion remained with that great summer pastime.

Fast forward to today where baseball is not so much a sport that warrants a passionate following, but a business with a stock ticker that you watch as it goes up and down. However, there is a way to reignite that passion, and I discovered it in the Leatherstocking region of New York. Cooperstown, NY in the summertime is a place for baseball nuts. My wife, my son, and I decided we should see a baseball game when we went to Oneonta, NY for a visit. A scheduling error (on my part) meant that in order to see a game, and not disappoint my son, we would need to travel about 45 minutes north and see the Oneonta Outlaws play the Cooperstown Hawkeyes. 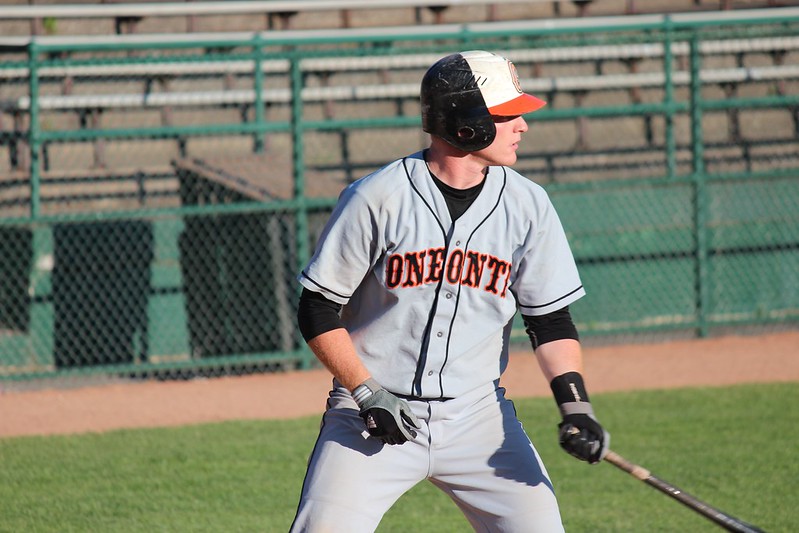 It was a perfect summer day/evening for a game. I gave the option to my wife to watch a couple of innings and then go antiquing. I also worried about my son’s attention span. Both wound up watching all nine innings of the Collegiate Baseball (NYCBL) league game. It didn’t turn out so well for the Outlaws, but one of the Hawkeyes players wound up giving my son a bat. It was like the Mean Joe Green Jersey scene, minus the hurt player and the Coke.

There’s a palpable Woodstock/Mecca feeling about baseball when you’re in Cooperstown. You hear numerous accents as you walk around the village streets. I even had one gentleman who asked me in a bit of broken English where the Cooperstown Dreams Fields were. I gave him directions (feeling a bit like a native) and wondered where exactly he was from and how he developed his love for the sport.

It’s in these minor league and developmental systems where you can see the passion for the game. There’s the inevitable cockiness in some of the players, but then there’s the generosity and humility too. Top it off with some hot dogs, popcorn, and some sodas and you’ve got a memorable day. A last stop at the souvenir shop to get a Tucson Sidewinders cap (because we like the colors) and we’re off. 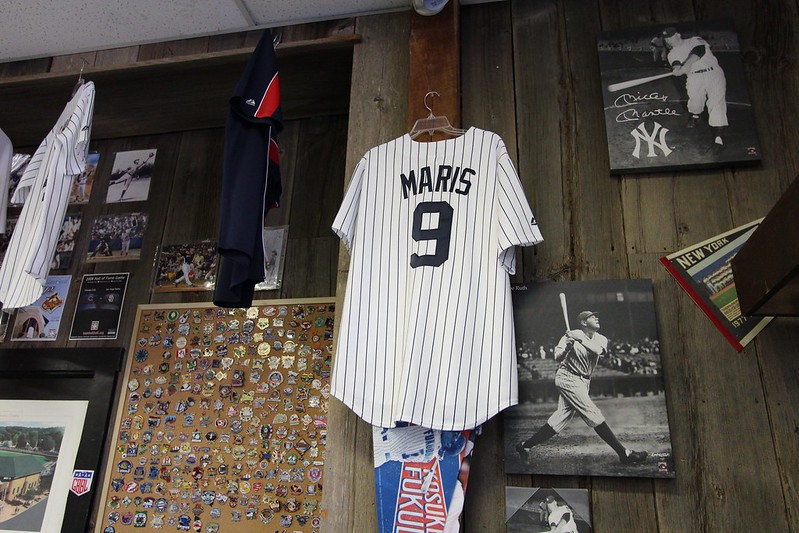